Published by CNRHA in May 2017, "Château Laurier – A Splendid Century" by Kevin J. Holland
is the definitive history of Canadian National's flagship hotel, opened in 1912 by the Grand Trunk Railway and greatly expanded by CNR in the late 1920s.

Hardcover with dustjacket, 160 pages, more than 240 black-and-white and colour photographs, detailed end notes and index. Includes a chapter on Ottawa Union Station, built by the Grand Trunk Railway in conjunction with the hotel.

Available at select retailers, direct from CNRHA for the special price of only $35.95 plus tax/shipping, and from CNRHA at Amazon 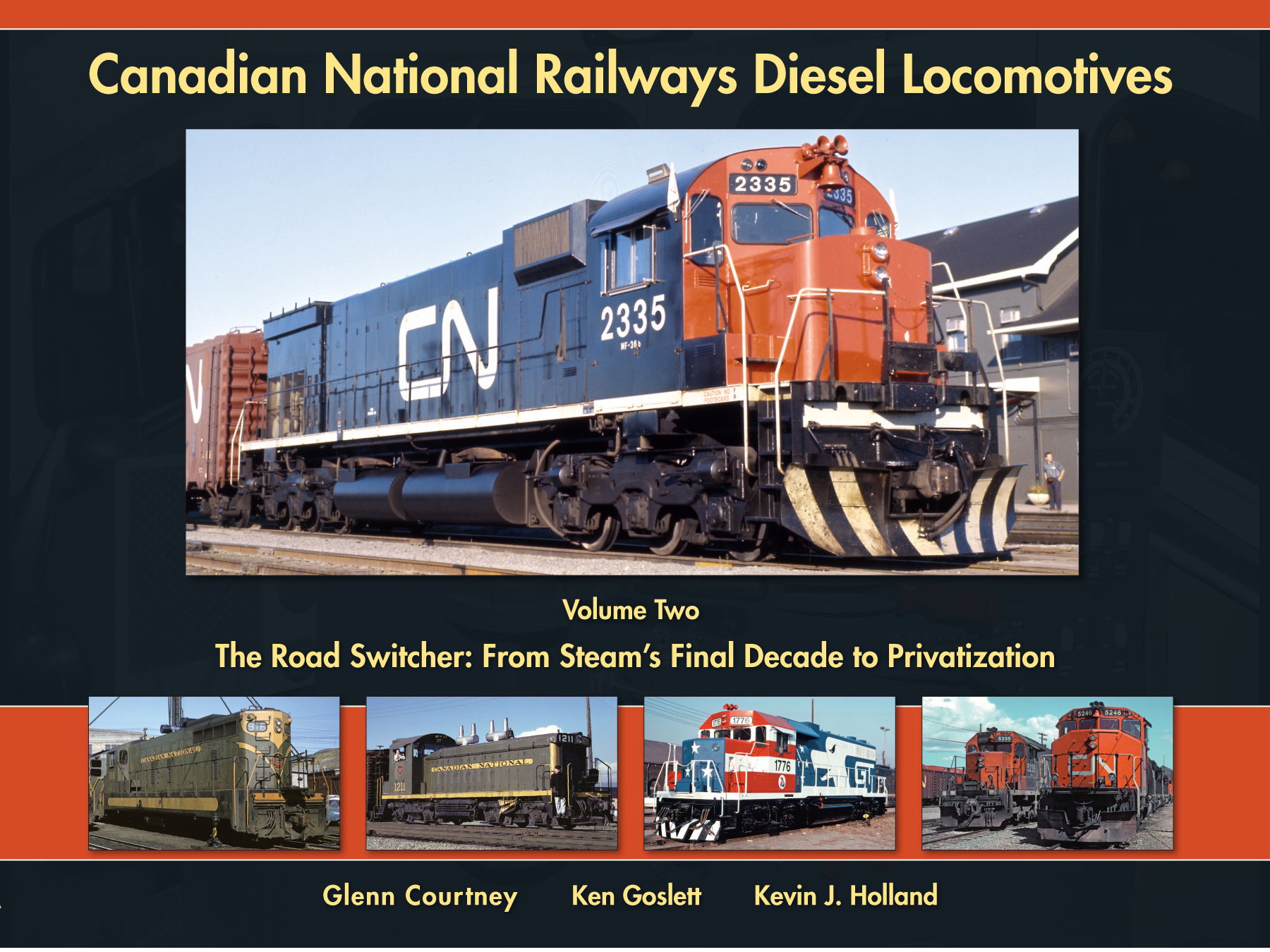 Authoritative and engaging text by Kevin J. Holland, Ken Goslett and Glenn Courtney is based on years of archival research and chronicles the definitive story of Canadian National’s transition from steam to diesel, and the evolution of the railway’s vast diesel fleet up to privatization. Accompanying the behind-the-scenes story of CNR dieselization, summaries of individual locomotive types provide information and photographs of particular interest to modellers. Comprehensive photographic coverage includes images from the railway’s and builders’ files, as well as the work of some of North America’s most renowned photographers. Roster-type views are augmented by trackside scenes that illustrate the geographic and operational challenges facing the railway’s locomotives and crews from coast to coast.

Available from better booksellers and hobby shops. Volume 1 is currently out of print, but copies may still be available at retailers. A very limited quantity of Volume 2 is still available direct from CNRHA.